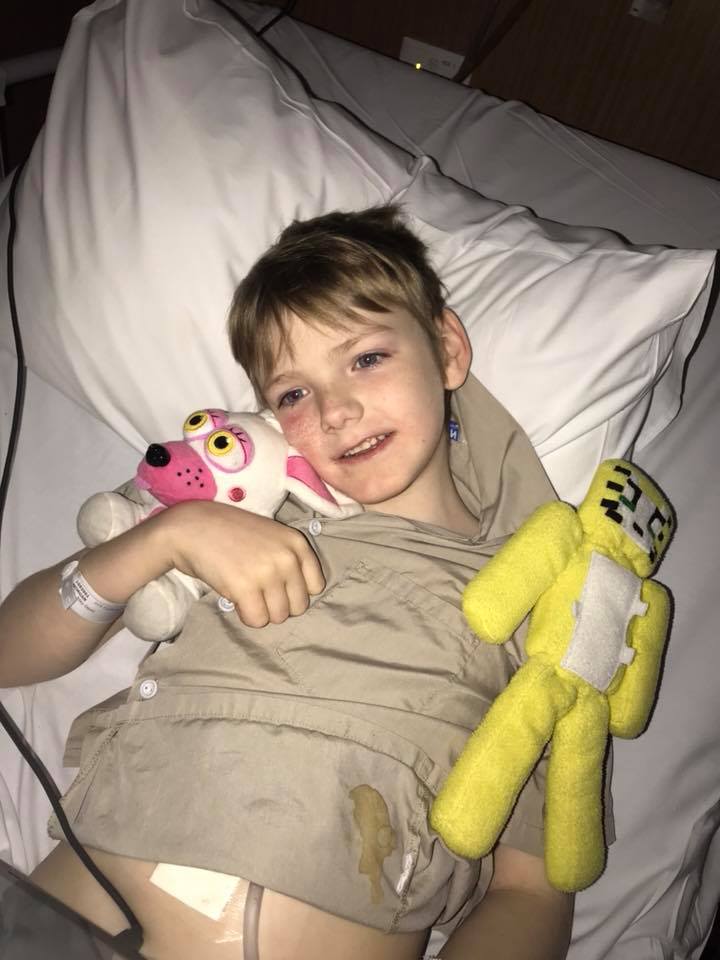 We as a family are trying to fundraise for a Smart Pup Autism Assistance dog for our son Riley. Riley is 7 years of age. He has been diagnosed with Level 3 Autism Spectrum Disorder amongst other medical diagnosis’s. Riley’s Autism is having a big impact on his life. He struggles everyday from the simple tasks like putting his clothes on to bigger tasks like leaving home and going out into social situations. We have had to cancel/missed many appointments as he has got himself that worked up when trying to leave the house. These appointments are important for Riley’s ongoing therapy to learn how to cope with his diagnosis and to give him a better quality of living.

Riley suffers with bad anxiety, because of this he cannot attend school. He is currently home-schooled. This came about after Riley returned to school in February this year, he had a mental breakdown as it all got too much for him. Unfortunately one of Riley’s coping mechanisms when being over anxious and having a meltdown is to stop eating. This is what happened in February this year when he started school, he had a major breakdown. Riley was admitted to hospital as he had lost weight drastically and just simply wouldn’t eat. Riley initially had a nasal gastric tube put into his nose for sustainability. 5 months later after further tests were completed doctors ruled out any physical reasons as to why he wouldn’t eat, they organised a more permanent solution, Riley had a Mic-Key PEG Feeding Port surgically inserted into his stomach. This is now how our son receives his nourishment. He eats bits and pieces here and there but no where near the amount he needs to thrive. When he’s in meltdown he goes back to not eating. It’s a daily battle.

We can only imagine the impact an Autism Assistance Dog would have on Riley. The companionship, the loyalty and the feeling that he always has someone ‘SAFE’ by his side would be such an amazing gift to our boy.

When Riley is in meltdown he often washes his hands continuously over and over, he puts gloves on his hands so he doesn’t have to touch anything and hides them in the pillowcases on our bed. He lays there until he either calms down or falls asleep.

These Assistance Dogs can be trained to disrupt this particular behaviour on command, by either nuzzling or laying its head on your lap or the dog will lie across the child as the pressure of the dog’s body can be soothing and calming.

These trusty companions can increase an autistic child’s ability to cope with life, ease sensory overload, gain independence and provide emotional support. A Smart Pup acts as a bridge between each child and the outside world; guiding children through their daily routine, keeping them safe and comforting them when the world just gets too much.’

These dogs are trained with everyday general skills such as being Toilet trained and to go to the toilet on command, to sit, stay, heel etc, to do tricks such as High 5, Shake, Roll Over, play dead and to go fetch to allow the child to be able to play with their dog. To settle and sleep beside your child to help them relax at night. This would be a massive achievement, Riley sleeps with myself (MUM) as he will not sleep alone. 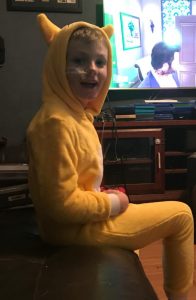 Riley has run away a couple of times in a panic when he has become over anxious on outings to therapy sessions or other places. He has bolted across a road in a busy carpark as he didn’t want to go. He has no sense of realising the dangers around him when he is in meltdown. These dogs are trained to walk with the child with a harness attached so the child cannot run away and put themselves at harm. These dogs will be certified for Full Public Access, the same as a Guide Dog.

Thankyou for taking the time to read about our gorgeous little man. We want to give him the best quality of life we can, from what I have told you above and many other things we believe a Smart Pup for Riley would be an amazing opportunity. We would be grateful for any help you can give. I understand if you can’t help with a donation but if you could share this around as much as you can we will be forever grateful. Thankyou….Much love to you all x Nikki