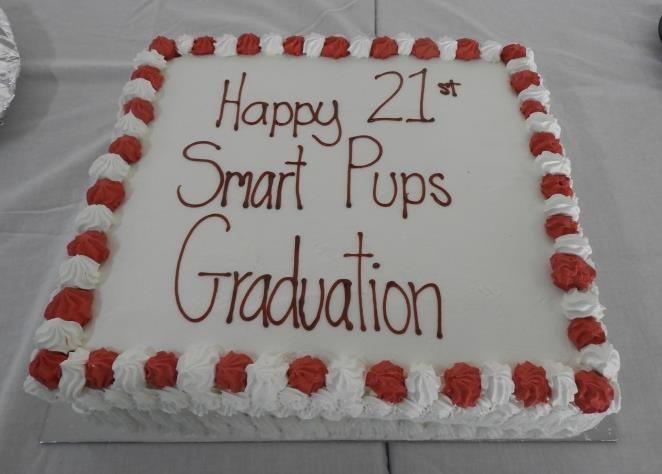 Posted at 12:50h in Blog by Smart Pups 2 Comments
Share

Back in July, our CEO Patricia McAlister, trainer Keira Bishop and myself attended Maryborough Correctional Centre for an extra special graduation day. Over the three years we have been partnered with the correctional centre I have attended many dog graduations. Our first back in 2016 was a big celebration, but since then they have remained low key events, that enabled the prisoners involved to be recognised for their work.

In those three years many dogs have come through Maryborough but this recent graduation marked the 20th and 21st dog to be trained and then successfully placed as an assistance dog with a family. Dogs twenty and twenty-one were two beautiful black Labrador brothers, named Hugo and Happy. 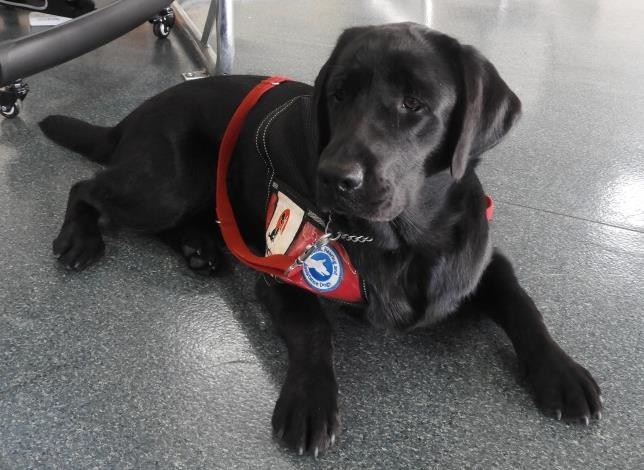 So, Happy became our 21st dog! I would love to claim this was the result of great forward planning, but no, it was really just a Happy accident! The staff at Maryborough were on board and the Happy 21st theme created a wonderful atmosphere and a reason to celebrate.

The 21st cake was officially cut and shared amongst prison staff mingling together with nearly all the dog handlers, past and present, who have learnt to train our dogs. A couple of our long-term handlers were able to have their family members present to witness the occasion. The justifiable pride felt by everyone was easy to see. 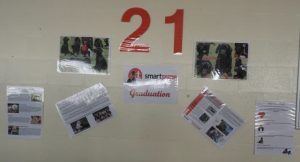 Smart Pup family testimonials and photos from each of the graduated dogs covered one length of the wall, and prisoners gathered around eager to learn how ‘their’ dog was doing.

In most families, Happy 21st is a milestone looked forward to and celebrated. I said a few words, and was able to reflect on the very different milestones celebrated by our Smart Pup families – sleeping through the night, being off medication, making friends and having them attend a birthday party, or simply a smile and a hand reaching out to touch a Smart Pup, where previously the outside world was shut out. Milestones that were made possible by our partnership with Maryborough Correctional Centre and the hard work of the prisoners.

Other speeches by both staff and a prisoner focused on the positive differences being involved in the Smart Pups program had created within the prison. Accommodation Manager Julie Bell had interviewed the dog handlers to get their feedback, all of which was positive and inspiring. 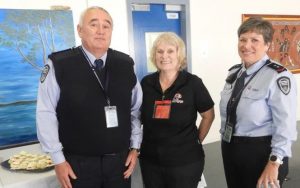 Patricia had not visited Maryborough for a long time and was struck by the change in the overall atmosphere and especially in the prisons themselves. In many ways, the changes we work so hard to create with our Smart Pups families are being mirrored within the prison. Men who were withdrawn came and spoke to us with confidence, men who previously needed medication now told us they could manage without it, men who had nothing to be proud of, nothing to work towards talked about their goals for the future. 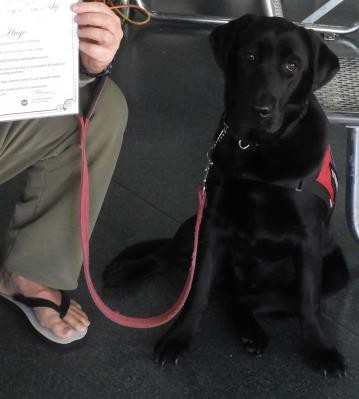 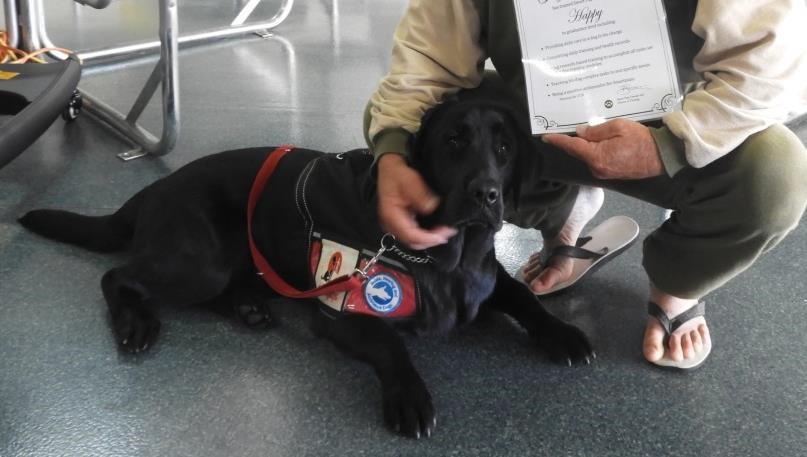