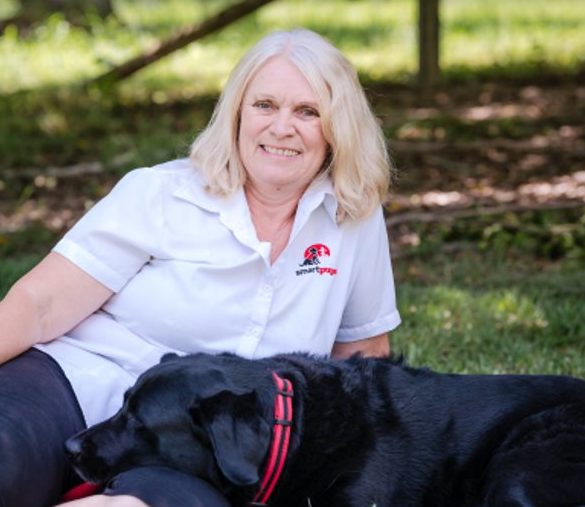 Posted at 12:25h in Blog by Smart Pups 2 Comments
Share

Smart Pups has had a lot to celebrate lately. Our recent blog focused on Jester our 200th assistance dog placed in Australia. This year also marks ten years since our founder Patricia McAlister (Trish) began her remarkable journey that led to the creation of the Smart Pups Charity.

I asked Trish to spare some time in her busy day, between feeding puppies, conducting dog training walks and planning future breeding strategies to talk to me about how it all began. Always humble, preferring to let the achievements of her dogs talk for her, Trish is not inclined to promote herself but reluctantly agreed to share some of her story with us;
Trish has had a lifelong connection with dogs. As a child, she wanted to compete in dog obedience trials but her parents weren’t convinced a small girl could handle the German Shepard’s commonly used. Their solution was the purchase of a Dalmatian called Lady. 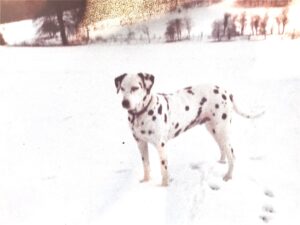 ‘We were a bit of an oddity, but we got noticed! I was ten years old when I won my first Obedience competition with Lady. We continued to win trials throughout Southern England, winning from Novice competitions to Tracking Trials!’ 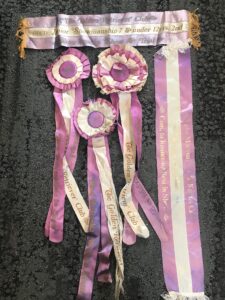 In 1980 Trish bought her first Golden Retriever, which led to thirty years of breeding, showing and competing with the breed. By 2000 Trish had turned her hobby and passion into her career, starting her own business as a dog behaviourist. 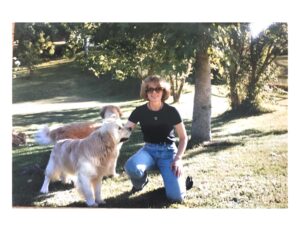 It was while working in this role that fate delivered a new future to Trish …..
‘I was asked by a client to help train a dog for a child in a wheelchair with various disabilities. Seeing the difference an assistance dog made to the independence of this child, I was on a mission to train more assistance dogs!’

It would be a mission that would change Trish’s life, but how much she didn’t yet know. “I planned to base the business from my house and imagined training three or four dogs a year.”
But first Trish needed to gain some more experience in training assistance dogs. Unable to find the expertise she needed in Australia, she applied for a six-month internship in the USA with 4Paws4Ability.

An internship is a voluntary position. Trish earned enough to feed herself by working weekends in the kennels and lived with a trainer. Of course, the trainer was an animal lover too, so the house contained three dogs, four cats and two ferrets. Trish recalled she wasn’t all that keen on the ferrets, especially as they liked to live under her bed!
Days at 4paws4Ability were long. Trish joined the training team helping where ever needed, which could include running with as many as twenty dogs in a day as part of tracking training. It was during this internship that Trish also spent time visiting a prison as 4paws used inmates to train their dogs.

Trish describes her return to Australia and both her high and low point. Armed with the skills and experience needed she registered the Charity Smart Pups, excited at being able to realise her dream to help children with special needs. The low point came with the realisation that the current legislation in Australia prohibited children under eighteen from having an assistance dog.
Never perturbed by a challenge Trish began training and placing her dogs with families using the Anti-Discrimination Act to bypass legislation. At the same time, she began what would be a five-year campaign to change the law to recognise the use of an alternative handler, lobbying the Queensland Government, meeting Ministers and liaising with Guide Hearing and Assistance Dogs.
Inspired by 4paws4ability, Trish contacted the Queensland Correctional Service about the possibility of training dogs in prison, but was given a firm no.
Smart Pups grew, and grew and grew. I asked Trish what happened to her original idea of four dogs a year?

‘I put up a website,’ she said, with a smile. The interest came flooding in. Lesser people would have been overwhelmed, would have turned people away, but Trish just worked non-stop. She got help from volunteers at first, and then took on a few staff. When she had twelve dogs in training living in her house she realised she needed more space, moving to a rural property that would develop into the current Smart Pups Training Facility.

Do you have a favourite dog from those 200, I asked? ‘Kruiser.’ Trish said without hesitation. 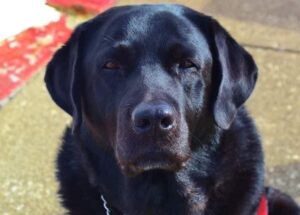 ‘He was one of my first.’ Trish described how attached she got to those early dogs, raising them in her home from pups. ‘I can understand the emotions our foster families feel. I cried for hours when I handed him over.’ The tears were shed for both sadness and pride. Kruiser is now a senior assistance dog, but is still working his magic for his family.

I also asked Trish about funny moments, and she could immediately recount several from over the years. She laughed about the embarrassment of explosive puppy diarrhoea in the shopping centre, something all trainers can relate to, and practice tracking, when the ‘runaway’ thought it would be clever to hide in the lady’s change room. I can imagine the scene, Trish bursting through the curtain at speed on the heels of an eager Labrador!

Then there was the trainer and dog trip to the movies to see Red Dog. All the dogs slept at their trainer’s feet until Red Dog began barking. The rest of the audience were surprised to see five dog heads pop up in the seats mid screening!

Ten years with Trish’s drive and determination has seen Smart Pups grow from those early beginnings to become a respected national charity. Eighty dogs currently in training with the help of Twenty-nine staff, and 200 dogs already placed across Australia. 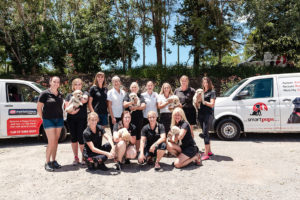 Smart Pups receives no government funding. Trish’s car doubles as a training van, in the early days her house was our office, her dining table our meeting space. Although we now have some corporate sponsors, Trish still puts her hand up for kennel duties or weekends running fund raising stalls and Bunnings Barbecues.
It was such a pleasure to sit down with Trish and hear her story told with such humble understatement. There is a reoccurring theme running throughout her life from which we can all draw inspiration. Patricia McAlister is an overcomer.

The young girl who succeeded with her Dalmatian, was already showing the determination and perseverance that would later allow her to overcome so many challenges, changing legislation, training vital assistance dogs, fighting for funding and for the rights of families with special needs children. And that firm no from Queensland Correction Services? Smart Pups are currently trained by inmates in three Queensland Prisons, soon to expand to five. 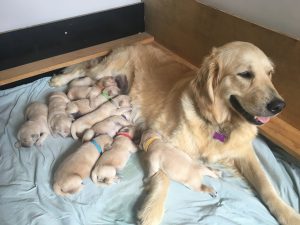 Trish’s focus moving forward is on developing a Smart Pups breeding program to ensure supply of suitable dogs and reduce the waiting times for families. There will be challenges on the way, but without a doubt they too will be overcome.