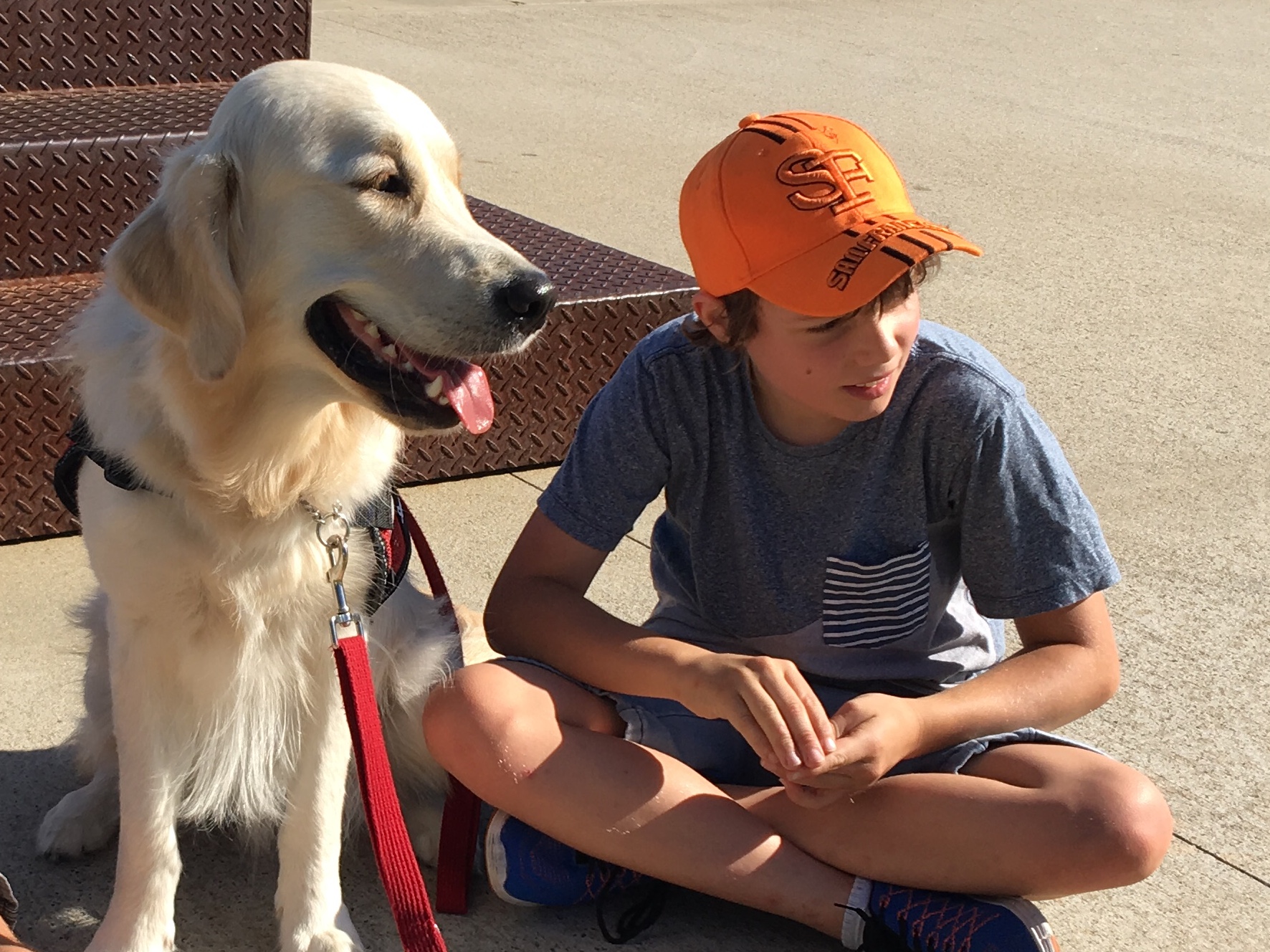 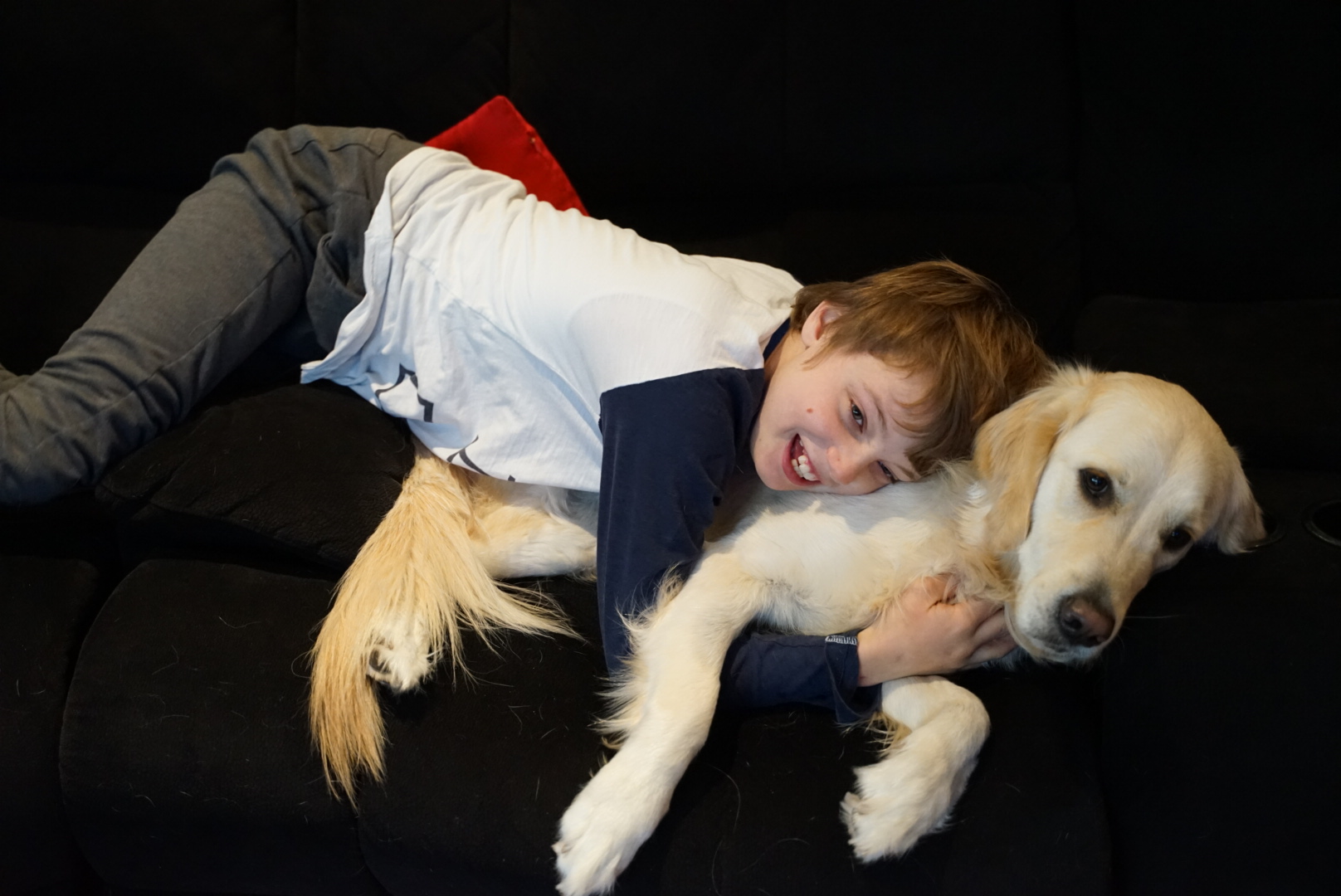 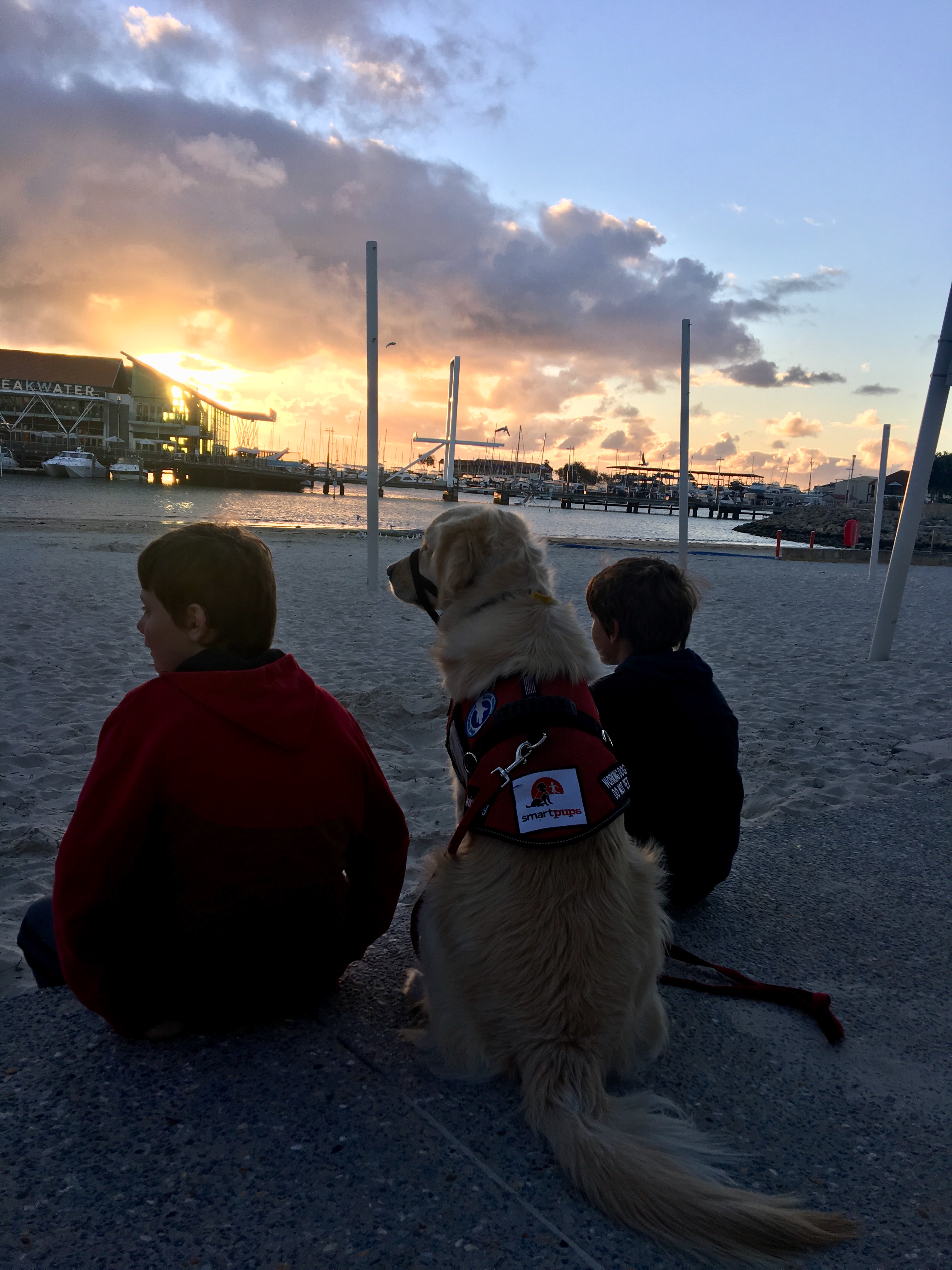 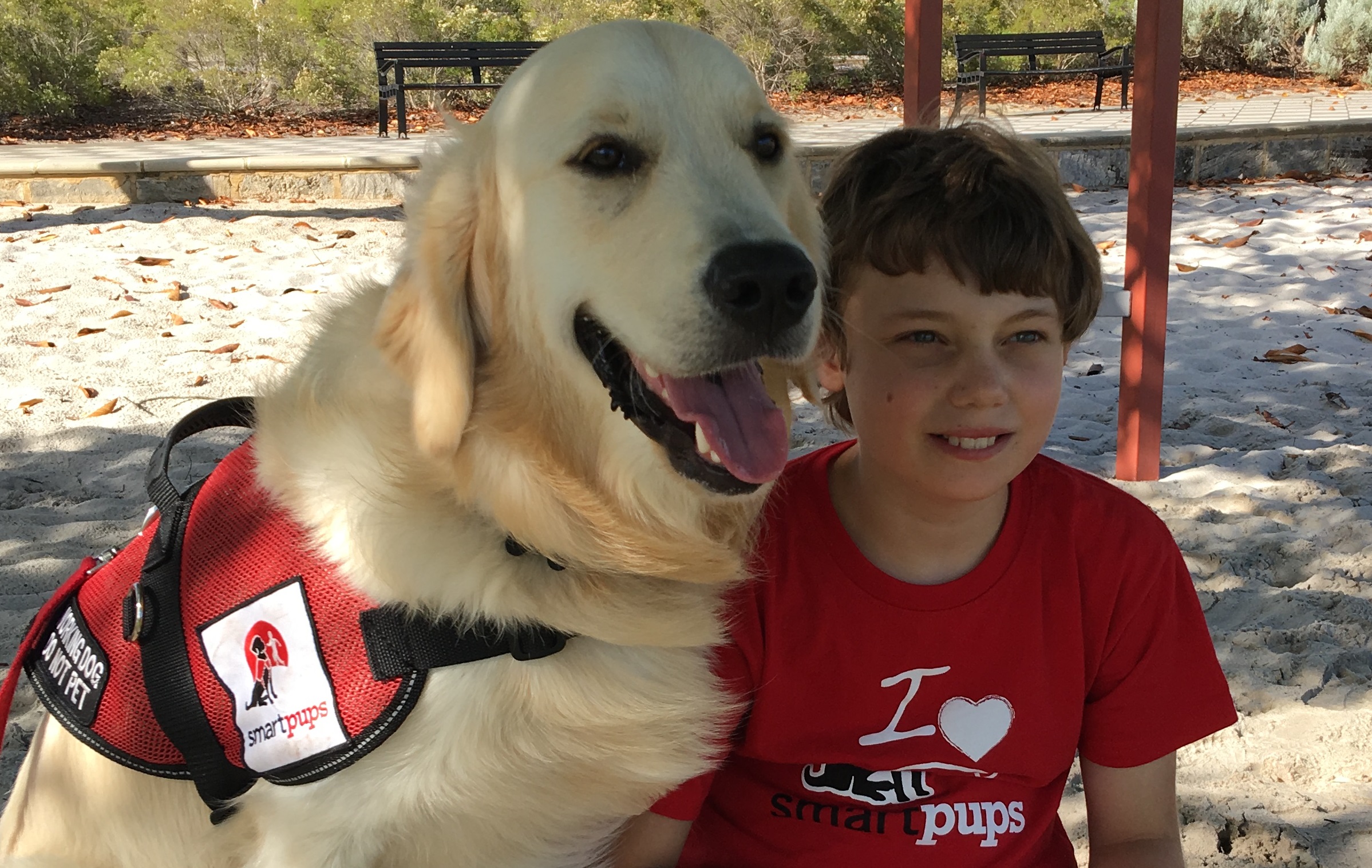 Our gorgeous boy Kieran is a complex 12-year-old who has 2 rare chromosome disorders and has autism. He has very little verbal language, extremely poor functioning skills and everything that Kieran does is a challenge for him. I can’t remember how I came to think that having a service dog for Kieran would benefit him, but when I stumbled across Smart Pups website I knew it was meant to be. It was very emotional getting our acceptance letter and a long couple of years waiting for the anticipated arrival! When the day finally arrived, Yogi Bear and Kieran seemed like the perfect match from the instant they met. There was this calm look that came across Kieran’s face, a look that we’d never really seen before, but one that said, “everything is now going to be OK.”

While it wasn’t easy at first, we kept our expectations within reason and I really think that this, and Smart Pups ongoing support, have been the key to such a positive experience. Every small accomplishment was a huge step in the right direction, and now those little things have turned in to some big life changing events for not only Kieran, but for us as a family as well.

Before Bears arrival, going to over stimulating environments like a shopping centre or the hospital, used to be a nightmare. Anywhere near water or walking along a busy road was extremely stressful. Going out either didn’t eventuate, or we’d be there for a short while and then leave. As much as we persevered, it took a lot of effort and was rarely an enjoyable or relaxing experience. It was especially challenging when Kieran would end up on the ground in the throws of a meltdown or worse, would run off. But all that has changed since Yogi Bear arrived.
There were some things that happened quite instantly, much to our surprise. Kieran held the short lead, there was no need to use the harness and people started to smile at us – something we certainly weren’t used to! What has really surprised us is that in the 10 months since Bear’s arrival, Kieran has never run off nor has he had a meltdown while out in public! We now go to the shops frequently, we go for walks along the beach and Kieran makes no attempt to run into the water, we can enjoy a meal out together, his behaviour has improved at school and hospital visits are now a breeze – even the doctors are amazed! While we thought that Bear would be forever tracking, we have only needed him to track once, when I had Bear, and Kieran ran off from the support worker. It was a successful track and Bear took his job extremely seriously!

Seeing the smile on Kieran’s face and seeing him so relaxed at home, but especially out in public, is more than we could have ever imagined. Bear is certainly a part of our family. We love his goofiness and his cheekiness, but most of all we love how he has brought out the best in Kieran and made all our lives not only easier, but a whole lot happier!