The story of KONG begins with a German Shepherd named Fritz, his owner and a VW Combi Van. 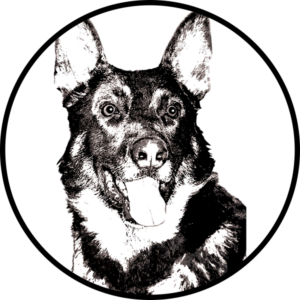 Fritz, a former police dog enjoyed chewing rocks. This activity wore Fritz’s teeth down and frustrated his owner, Joe Markham. One afternoon while working on his VW Van Joe noticed Fritz dining on rocks yet again.

As Joe was disassembling the van he pulled of a suspension part and threw it to Fritz. Immediately Fritz was taken by the part and hence the KONG was born.

While Fritz invented KONG, it was Markham who realised the potential of this odd looking toy. Markham refined the toys design, developed a super strong rubber formula and began production in 1976.

In 1976 KONG established “the standard” for dog toy performance and durability. Today KONG toys are enthusiastically used and recommended by veterinarians, trainers, dog professionals and satisfied customers worldwide. Millions and Millions of dogs have confirmed that KONG is..

THE WORLDS BEST DOGS TOY
KONG offers a wide array of products for dogs and cats. From our original KONG toys to plush toys KONG offers everything your pet could want in quality and durability and offers the pet lover a great value for money offer. 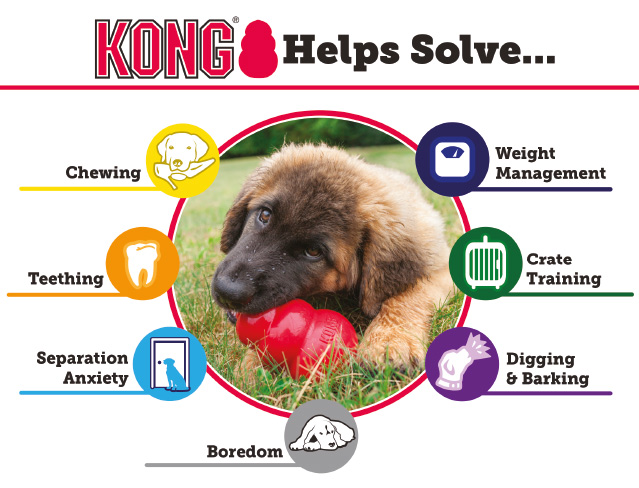 KONG Company is the leader around the world in the pet specialty industry and its humble beginnings remain the foundation and cornerstone of decision making for KONG today.

We thank KONG for their support and our Smart Pups love KONG; the way it keeps them engaged and ready to play after all… Dogs need to play.

Explore how KONG can help your dog, visit www.kongcompany.com/en-au.